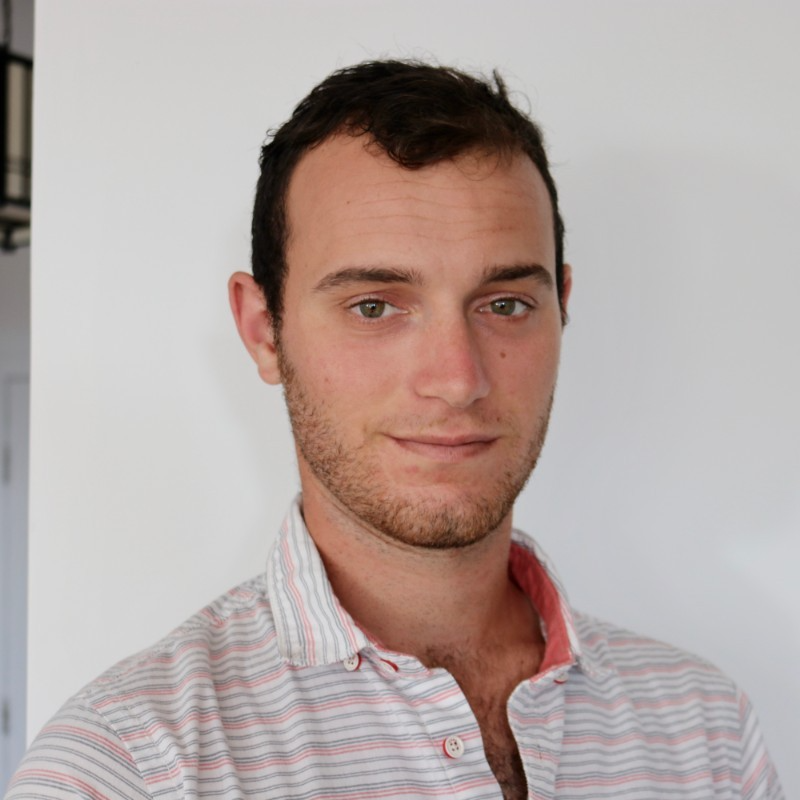 A data-driven story on climate change impacts for three of the West Coast’s most beloved tree species during the 21st century. The motion-graphics storyboard visualizes shifts within these species distributions across many spatial and climate dimensions, exploring relationships between ecological risk and habitat suitability. To facilitate future experiments, the study is accompanied by an open-sourced Python package containing the class for semi-automated machine learning used in the visualization.

Made with the support of the Risk & Resilience DAT/Artathon 2021. 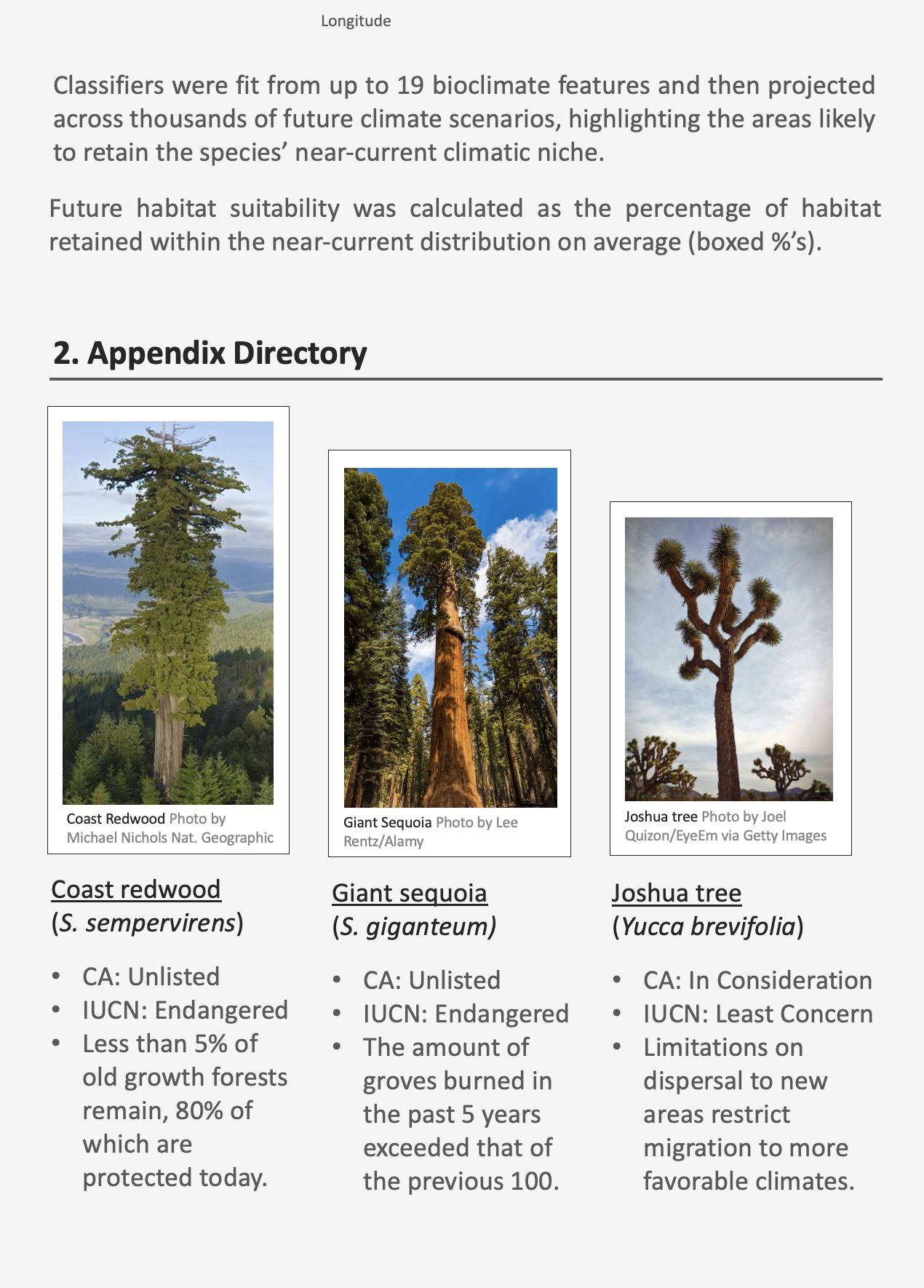 Prior work reveals that species distributions have the potential to shift dramatically across the landscape due to environmental conditions. In this study, a species distribution is defined as the natural range that a species occupies in space at a given time, spanning its realized suitable habitat. Climate change was measured across nineteen bioclimatic features, which together approximate the climatic envelope of relevance to ecological species at a given location within the study area.

Climate change impacts may prove to significantly harm California’s ecosystems across the 21st century, threatening to decrease biodiversity in its rich natural corridors. Furthermore, the severity of climate change will likely vary across the state, both due to climatic differences and biophysical ecosystem variation. For example, past and ongoing shifts in the Joshua tree distribution inferred from fossil records reveal that their late Pleistocene distribution (20,000–13,000 BC) was significantly larger than their natural range today. This habitat loss is likely a result of many environmental conditions, including changes in climate, inter-species interactions, and resource availability, as well as discrete instances of natural disasters. Another worrisome impact from a warmer, drier climate is the heightened risk of wildfire. Fire ecologists have shown that Giant sequoia strands have endured more wildfires in the last five years than the entire proceeding century, evidence that climate change has a more severe impact on climate extremes compared to climate averages.

In this research, I argue that better understanding ecosystem risks facilitates effective biodiversity conservation and better land management. The classification experiment explores how climate features are associated with the three study species distributions. The machine learning inferences forecast a positive association between the magnitude of climate change and the magnitude of future habitat degradation, a result which confirmed the models were working as expected. I then tested whether the magnitude of habitat degradation is more variable at fine-grained scales relative to coarse-grained scales, assuming that the species are limited in dispersal to novel areas. For example, I found that nearly the entire Coast redwood distribution South of San Francisco and North of Big Sur is predicted to shift underlying climate envelope by 2061-2080; yet, coast redwoods fared best on coarser scales relative to Giant sequoias and Joshua trees. Overall, the forecasts reveal a number of macroscopic patterns including future shifts northward for Coast Redwoods and Joshua trees and southward for Giant sequoias.

Stay connected with us by subscribing to our newsletter